Jessica Eker is Senior Vice President, and has been with TransPerfect since 2003. Primarily focused on the Life Sciences arena, and overseeing a global team of approximately 150 salespeople both in the life science space and out, Eker has helped the company establish worldwide partnerships with an array of pharmaceutical leaders including Johnson & Johnson, Pfizer, Novartis, Bristol-Myers Squibb, Daiichi Sankyo, and Merck, and has been responsible for the development of the TransPerfect's Linguistic Validation practice.

Eker's articles on translation for clinical trials can be read in both Future Pharmaceuticals and EPC (European Pharmaceutical Contractor) Magazine, and she was a featured speaker for the 2008 Drug Information Association's (DIA) Annual Conference. Eker was named “National VP of Sales of the Year” at the 2010 Stevie Awards for Sales and Customer Service. She graduated Phi Beta Kappa from Georgetown University in 2001 with a BSLA in Spanish, and a double minor in Business and Italian. 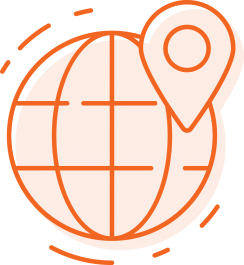