As Latin America (LATAM) is becoming a key market for pharmaceutical companies, the need to connect with the patient population there has increased as well.

But is translating your content from English to Spanish LATAM the right approach?

As simple as this question may seem, the answer is complex. There are a few things you need to understand first. 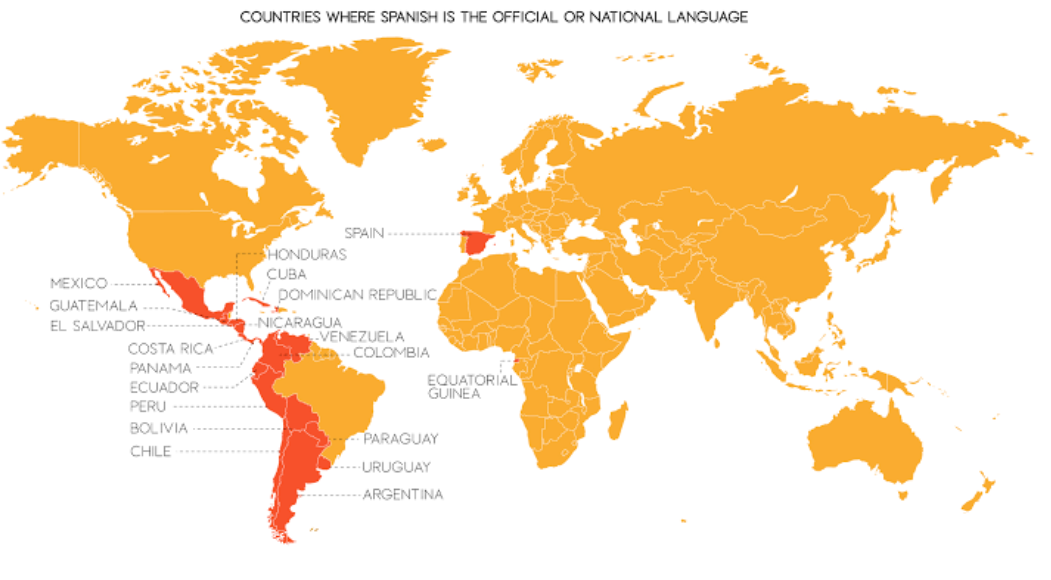 To put this into perspective, Spain has more than 46 million native Spanish speakers. However, even with Spanish not being the US’s official language, it has more than 52 million Spanish-speaking residents.

Additionally, it is important to note that Brazil has more than 200 million native Brazilian Portuguese speakers. This makes it an extremely important language for the region.

Localization (L10N) looks to adapt products, services, apps, software, or documents that were originally made for a specific market. It ensures that the message is conveyed the same way as it was in the original language. This is especially crucial when it comes to clinical and drug-related information for patients.

The goal of localization is to make new customers or patients feel like products was originally made for them. This process is so important for the success of a product that it goes beyond just the translation. Other elements also need to be taken into consideration, such as cultural references, images, and sounds.

For companies looking to enter international markets, this process is essential to the success and appeal of their product. According to the 2020 Common Sense Advisory Report:

Localization In LATAM: Does One Size Fit All?

The biggest misconception for companies that want to expand into Latin America is that any type of Spanish will work. They’re unaware of the different types of Spanish spoken throughout the region. It’s an approach that may cut costs and time to market in the beginning. However, it will create challenges and unnecessary costs in the long run.

This is because there are as many types of Spanish as countries that speak it. Each country’s cultural distinctiveness and colloquial language can resonate differently between markets. The table below shows common words that are different in each country.

This concept also holds true for Brazilian Portuguese and the Portuguese spoken in Portugal. While it is still understandable, the dialect varies in accents, expressions, speech structure, and other important factors.

Does that mean that it is necessary to localize your content to each country?

Well, that depends on the type of content and your goal.

If your goal is to truly echo your message across the region, then applying the verbiage and phrases to the chosen target market would definitely make your product more relatable with the local consumers. For instance, patient-facing and clinical questionnaires need to be localized properly. This is so patients and healthcare professionals can understand the meaning as it was originally intended. It also ensures the study data is not effected.

What about Latin American Spanish—can that be used for all countries?

Countries like Mexico, Argentina, and Colombia could greatly benefit from localized translation solely from to the amount of native speakers. However, there are other countries that can use a neutral type of Spanish, if the content allows for it1.

LATAM Spanish deliberately sounds neutral. Its goal is to speak to as many audiences as possible across the region. While it would be understandable to many Spanish speakers, it loses its uniqueness. Plus, local consumers can definitely tell that it was not made specifically for them.

Communication with a language service provider (LSP) is key to choosing the best process to follow. Overall, your LSP should be considered part of your team. With the right information, they can guide you to better localize content for your chosen target market.

There is no one simple formula to be successful when entering new markets. But for any localization strategy to work, stakeholders must be aligned in their goals and understand the importance of localization.

The organization should also be mindful of the importance qualified translators. These individuals should have the proper background and experience in the target market to localize the content properly. Remember, low-quality translations can have a long-lasting effect on your company’s reputation.

Ideally, an organizational culture around localization should be implemented so all parties understand what is expected of them. You can do so with a defined tracking metric in place to measure long-term success.

If you need localization assistance in your next study or product launch, contact lifesciences@transperfect.com to discuss your language needs today.